Who doesn’t love a last-minute invite for a snowboarding trip?! My brother-in-law, with less than a month’s notice, invited me for a trip to Crested Butte. This one happened to line up perfectly with my birthday and I couldn’t say no!

Delays or cancellations are not always your worst enemy! I started this trip on a Thursday evening only to learn that my evening flight was canceled. I was automatically rebooked for a flight out the following morning. We hadn’t planned to leave for the mountains until after work Friday, so luckily, this wasn’t a huge setback.

I made my treck to the airport first thing Friday morning and made sure to get there a bit earlier due to the number of flights canceled the day before. There was only a handful of people at the gate and the employees made an announcement asking for those willing to get bumped. The bonus for a bump was $600 and flight reimbursement. I knew there was one flight leaving within an hour. So I decided to ask if I could get on the earlier flight and still get the vouchers.

The employee wasn’t sure but said she would give it try. After a couple of clicks, she smiled and said it worked! She handed me a new ticket, a $600 voucher for giving up my seat, and a $126 voucher for the cost of my original flight. So, instead of sitting at the gate for 2+ hours, I received $726 in SW flight vouchers and got to leave for DEN early.

ALWAYS set up a mystery shop when possible!

I signed up for a mystery shop in the airport both ways as well. The total time spent on the shops was about 20 minutes and I made $100.

Off to the mountain

After arriving at DEN, I hopped on the train and headed downtown. It was such an easy process to walk off the plane and through the airport to the train. Once I made it downtown, I met up with my ride to the mountain and we started the drive!

I had never been to Crested Butte Mountain before, but I would recommend it to anyone who was interested in going. We were lucky enough to be able to shred some fresh powder and that made the trip itself more than worth it.

Exhausted after two days of snowboarding, it was time to head back home. I made my way back in the same fashion I arrived, but without receiving more vouchers haha.

As a bonus, I spent the morning of my birthday enjoying some free steak and eggs at Timberland Lounge. The meal was completely comped by the priority pass provided by the Chase Sapphire Reserve.

All in all, it was a great trip and I wouldn’t have changed a thing!

Trip report | Orlando, FL – A wedding and 1st birthday celebration at Disney!
Next Post: How I paid 50 cents per meal for TWO Months 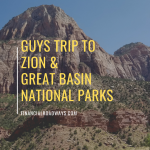 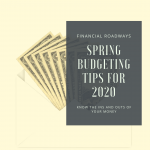 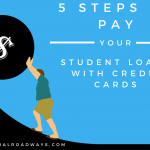 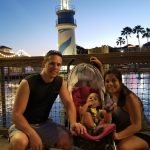 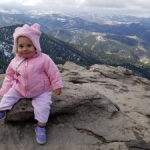